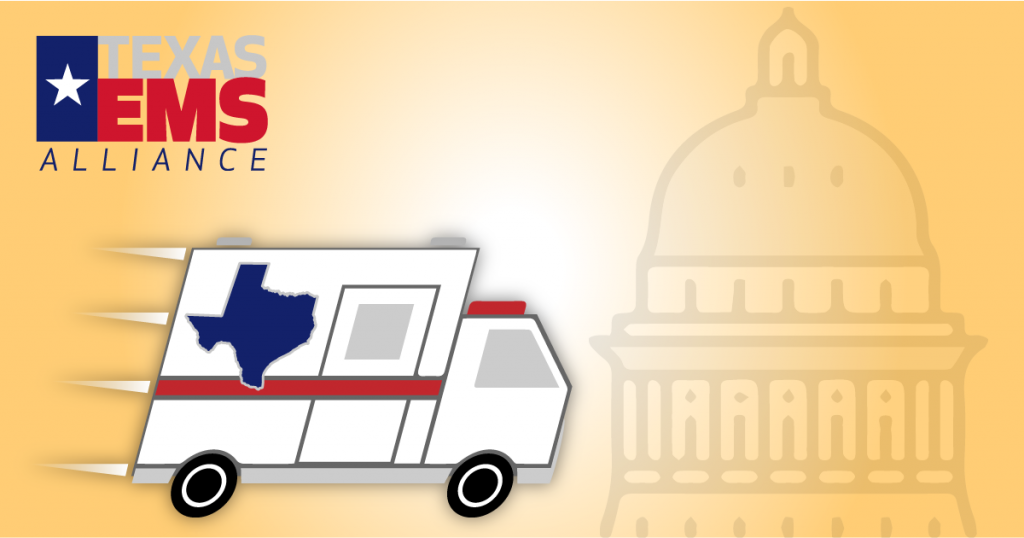 TEMSA recently sat down with Butch Oberhoff of Acadian Ambulance and Matt Zavadsky of MedStar Mobile Healthcare to discuss the finance issues that Texas EMS agencies will face in both Austin and Washington in 2021.

TEMSA:  In terms of Medicare, how are Texas EMS agencies moving forward on the Medicare’s ET3 model?

Butch Oberhoff: The Texas agencies that were selected as part of the model meet weekly to discuss best practices.  We’ve formed a working coalition we call Texas EMS Coalition for Innovation (TEMSCI).  ET3 has also been a much-discussed topic among the EMS medical directors, who are an integral part of TEMSCI, as they discuss protocols and other issues.

There have been some challenges with alternative destination partners, as some who were initially interested in participating have asked to delay their inclusion in the program.  For many, they’ve explained they are overwhelmed with COVID-related issues and simply can’t take on a new program at this time.  In most areas, there are still enough willing partners to start the program, although we anticipate Treatment in Place (TIP) being a bigger component than Transport to Alternate Destination (TAD).

Before kicking off, signed agreements with TAD partners must be obtained, and, due to the short notice and very lengthy and detailed document template offered by CMS, very few agencies (if any) were able to turn the executed documents around before January 1.  Most of the agencies seem to be shooting for a start-up around March or April 2021.

TEMSA: In terms of Medicaid, how are Texas EMS agencies moving forward on the ET3 mode?

Butch Oberhoff: Part of the success of the program will be participation by multiple payers, and not just Medicare.  CMS offered direction to the state Medicaid directors on how to implement the program for Medicaid, what a State Plan Amendment should include, and the billing codes that would be affected.  Initially, Texas HHSC provided letters of support to agencies applying for the pilot program indicating they would be interested in mirroring the ET3 payment model.  But then the pandemic happened, HHSC had a lot of turnover and, understandably, ET3 got moved to a back burner.  When we were notified of the new start date of January 1, we began reaching out to HHSC to open the discussions again.  We hosted a Zoom meeting with their key staff and have since provided lots of support information.  We are continuing to follow up with them to see if we can help move the process along.

While we believe HHSC can implement this program without legislative action, we do plan to ask the legislature for a budget rider that will address ET3.  We shared the draft language with HHSC staff, and they have already offered some good edits. We believe once HHSC takes leadership, the Medicaid MCOs will follow the lead.

It’s important to note that the Texas Association of Health Plans (TAHP) has not only endorsed ET3 as a valuable policy change, but also included it in their recommendation to the House Select Committee on Health Care Cost Containment (as did TEMSA).  More recently, the Texas Conservative Coalition Research Institute (TCCRI) has recommended to the Legislature that Texas should adopt ET3 as good health care policy.  This is significant due to the fact that TCCRI is a trusted and valued resource for Republican members.

Finally, HHSC staff indicated that it would be easier to implement Medicaid reimbursement for ET3 for all EMS providers, rather than limiting it to those in the pilot program.  This will be significant, even for those agencies who may not have access to many TAD partners.  The TIP component alone should be of great value to each community.

Finally, besides Medicare and Medicaid, we are working with TAHP to encourage commercial payers to contract with their local 911 agencies for an ET3 delivery model.  While it’s new ground, TAHP is very supportive and will be helping us with their membership.

TEMSA: Matt, the large fire-based systems were in talks with Texas Medicaid on funding models over the past few years. What is the status?

Matt Zavadsky: A coalition of fire and non-fire public ambulance agencies have been actively working with HHSC through the Public Consulting Group (PCG) to renew the Medicaid Ambulance Supplemental Payment Program (ASPP).  Based on recent CMS guidance, and HHSC preference, the approach to the ASPP program is changing from a cost-based supplemental payment, to a calculation based on the difference between the Medicaid payment rate, and the state-wide Average Commercial Reimbursement (ACR).  HHSC has also been relatively supportive of applying the same methodology for Managed Medicaid patients.

Butch Oberhoff: The new waiver is several hundred pages, and it will take some time to consider all of the details. 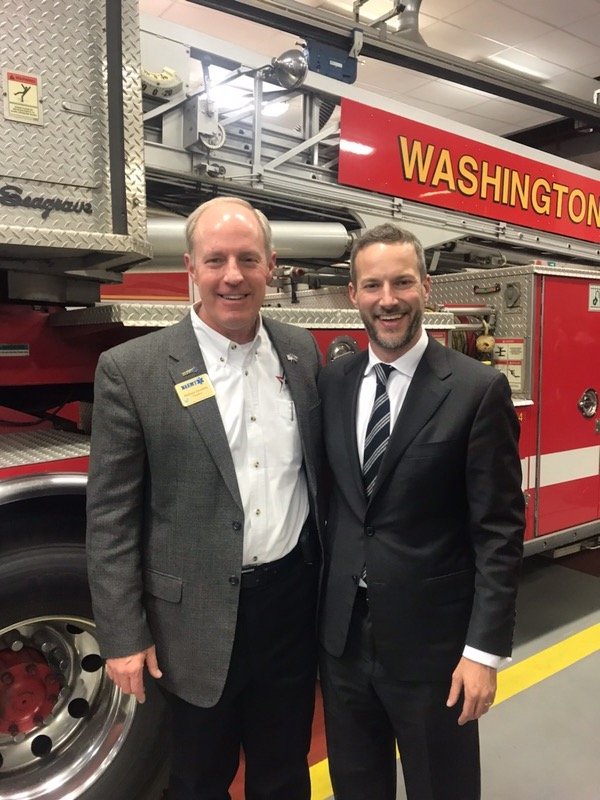 Matt Zavadsky with CMS’s Adam Boehler at the ET3 announcement in Washington, DC, on February 14, 2019.

Providers are once again challenging the Biden administration on the surprise billing law and the method for decidin...

Rural hospitals that weathered the pandemic are facing a funding cliff, in danger of losing some $600 million in ...